I have spent the past month working for a client of WaterPR, called the Texas Desalination Association. They are responsible for advocating for desalination and brackish water development in the state of Texas. This involves pushing for new legislation to allow for a more streamlined process for building desalination plants and encouraging municipalities and electrical generation companies to convert brackish groundwater resources into freshwater resources.

They are in the process of building a sister organization called Southwest Desal, which will serve a similar purpose but for the states of Colorado, New Mexico, Oklahoma, Arizona and Nevada. These states are currently experiencing diminishing freshwater resources and the prospect for brackish groundwater may be a way towards water security for future generations and increasing populations. My research project has been to figure out the current regulatory environment of desalination in these five states. To do this, I have been interviewing as many people as I can who work at research facilities or regulatory agencies similar to TCEQ and TWDB in Texas. 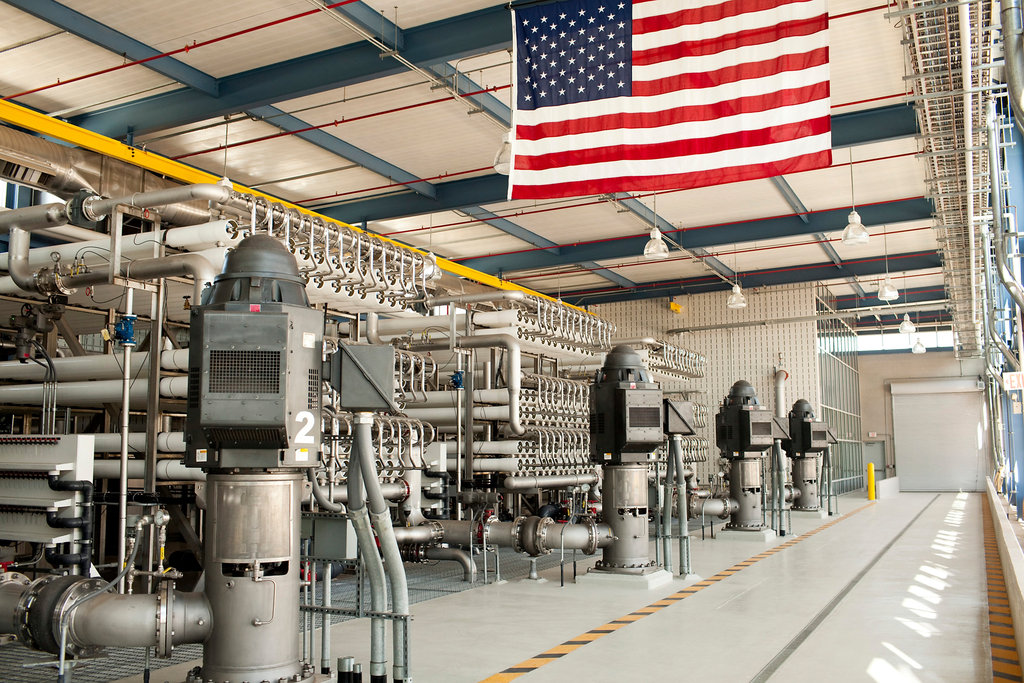 The Kay Bailey Hutchinson Desalination Plant is the largest inland desalination plant in the world and the first to utilize technology for full recovery of the minerals instead of disposing of the salty brine that is left after the reverse osmosis process. They process the minerals to industrial grade quality and sell them at a profit to local industries which alleviates costs and prevents permitting and other obstacles associated with transport and disposal through evaporation ponds or injection wells.

Although technology at this plant may be adopted elsewhere, there is also exciting new research happening to determine best practices for concentrate management. Brackish groundwater is a readily available, viable resource to develop as long as costs associated with concentrate can be reduced. Research conducted in Alamogordo, NM at the Brackish Groundwater National Desalination Research Facility involves innovative ideas for how to maximize water production and minimize concentrate disposal. This includes energy-saving solutions bridging renewable energy with desalination and utilizing the concentrate for secondary purposes. In New Mexico, a brackish groundwater well is considered like any other well if it is above 2,000 feet below sea level. However, in 2009, the NM Office of the State Engineer specified that if it is greater than 2,000 feet and over 10,000 ppm total dissolved solids, then a special permit is required for brackish groundwater wells. They will then only appropriate a specific amount, say 2,000 acre-feet, of aquifer allowance and monitor the use over a five year period. 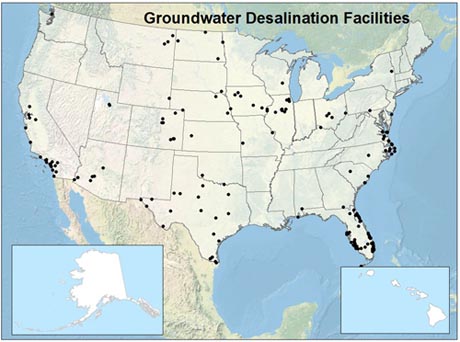 There are very few desalination projects in these states compared to Texas, but this will be changing as populations grow and regulations change. In fact, the oil and gas industry has been a great proponent for brackish groundwater production as the industry claims a huge amount of freshwater use. They have suggested requiring that all oil and gas produced water used in fracking be attained through brackish resources. This is a best-practice measure to conserve and use freshwater in a responsible way.

In addition to helping with this research project on SW Desal, I have attended meetings with TX Desal where they are working with organizations like the Texas Alliance for Groundwater Districts (TAGD) to amend a bill HB 2377 on brackish groundwater permitting which was vetoed recently by senator Abbott. There is urgency to push forward and help conserve our freshwater resources by developing these technologies and helping companies build out their facilities in an economically feasible and reliable manner. I also attended an event put on by WaterPR and Collier Consulting called ASRforTexas! which was a full day event with guest speakers discussing the innovations in aquifer storage and recovery. Below are links to these various events and organizations for further information: