This site details my project for CULF 3331

Kurds and the Syrian regime 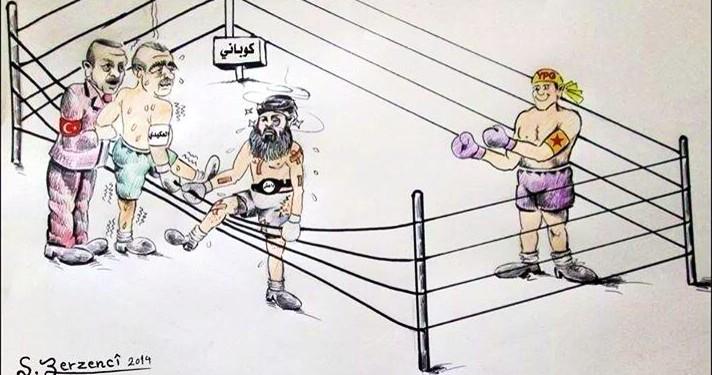 The first artifact was this coming shown above. This is propaganda from the kurdish government. This depicts a Kurdish fighter entering the ring in Syria. It shows an ISIS fighter badly beat up, as well as a Syrian government fighter being helped out of the ring by China. My second artifact is an article from the washington post (found here). This article explains the negative feelings that the Syrian regime to Turkey allowing Iraqi kurds to enter Syria. It also shows a “failed state.” in Syria. Syria no longer has control of its government and now has several humanitarian crisis. International intervention by the U.S. and Turkey is seen as justifiable on this behalf if we are political liberals.