If there is one thing you may have learned from our previous blog posts it is that there is a lot of plastic in the ocean. Not only that but also all the negative practices that lead to all this plastic. Well in addition to plastic pollution, we would like to introduce another problem that is harming the ocean and its wildlife. It’s time to talk about overfishing.

Overfishing is essentially when fish are being caught (commercially and non-commercially) at a faster rate than they are breeding, leading to a depletion of these wildlife populations.

What are the causes?

Overfishing tends to happen due to the lack of regulation and oversight of the fishing industry. They are barely being monitored and when there are rules in place they are usually also overlooked and ignored. In addition to a lack of regulation, there is also a lot of unreported fishing. Lastly, fishing areas are very unprotected and only about 1.5% of the oceans have been declared protected areas making the rest of them vulnerable to these practices.

What are the effects?

According to the Food and Agriculture Organization of the United Nations the number of overfished stocks globally has tripled and one-third of the world’s assessed fisheries are currently pushed beyond their biological limits.

Not only is overfishing affecting the fish population but the practices used to catch these fishes are also a threat to other non-targeted marine animals and their ecosystem. They are also endangering huge populations of people who primarily rely on it. Which might then lead to a food crisis.

Other effects include (thanks to conserve-energy-future.com) : 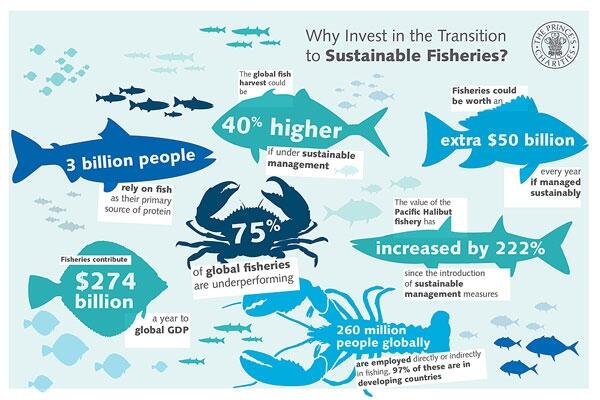 What are the solutions?

There definitely needs to be more cooperation from the government to set more regulations and have policies to protect the ocean and wildlife.This includes catch limits, careful marine planning, and a cracking down on illicit fishing. Developed countries should also continue to reinforce the ones in place. With that said, educating the public and retailers who are participating in this by purchasing endangered fish species. Instead they should purchase from sustainable fisheries and pressure those that are not to do so as well. Not only should retailers be educated but so should consumers. As a consumer you should be aware about what you are buying and avoid consuming endangered fish species.

Again, plastic pollution is not the only problem the ocean faces. We must be aware of other issues and overfishing is one of them. 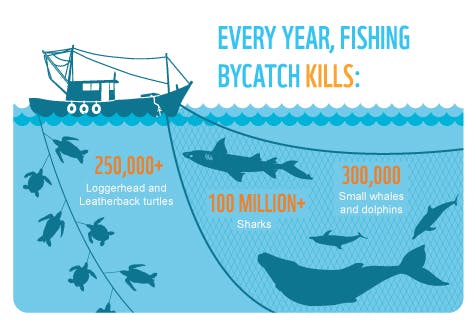